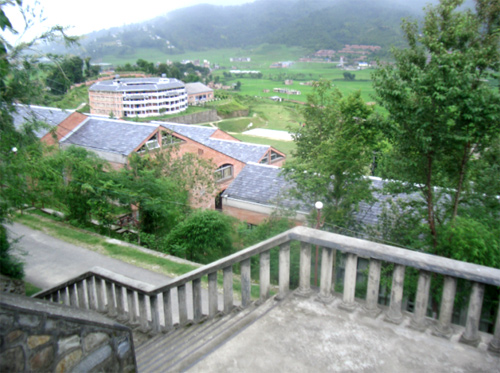 Despite their historical achievements, the above mentioned 20th century theories had evident limitations for the prediction, quantitative treatment and industrial development of much needed new clean energies. This is so, because all energy generating processes, whether dealing with nuclear fusions or chemical combustions, are irreversible processes over time.

During his Ph. D. studies in the late 1960s, the Italian-American physicist R. M. Santilli set as the main goal of his research the construction of irreversible mathematical and chemical theories more adequate for quantitative studies of new clean energies and fuels.

For this purpose, in 1967 Santilli selected Albert's notion of Lie-admissible algebras as an irreversible covering of Lie algebras. He then proposed the construction of irreversible coverings of quantum mechanics and chemistry with Lie-admissible structure, today known as hadronic mechanics and chemistry. Those proposals received the main impetus in 1979 when Santilli joined the Department of Mathematics of Harvard University under several DOE contracts (ER-78-S-02-47420.A000, AS02-78ER04742, DE-ACO2-80ER10651; followed by DE-ACO2-80ER-10651.A001; DE-ACO2-80ER10651.A002).

Irreversibility was initially achieved by lifting the conventional universal enveloping associative algebra of a Lie algebra into two associative envelopes, one with all multiplications ordered to the right (physically representing motion forward in time), and the other with all multiplications ordered to the left (physically representing motion backward in time). Subsequently, the achievement of mathematical, physical and chemical consistency required the differentiation of the basic units and other aspects for each time direction.

Thanks to the participation of a large number of mathematicians, physicists and chemists, Lie-admissible coverings of 20th century theories reached maturity not only for initial, axiomatically consistent scientific studies, but also for the industrial development of new clean energies and fuels produced nowadays in various countries.

The aim of the Conference is to identify the status and usefulness of Lie-admissible studies in pure and applied mathematics, theoretical and experimental physics, chemistry, biology and engineering: work out on new and open problems and set the foundation for additional basic advances for irreversible processes in all quantitative sciences. Due to the urgent need for new clean energies and fuels caused by increasingly alarming environmental problems, and their sole realistic solution via collegial efforts, all scientists working with irreversible processes are welcome to actively participate and contribute in this international conference on Lie-admissible treatments of irreversible processes.

A short summary of Lie-admissible formulations and main references are available in free pdf format at:
http://www.santilli-foundation.org/docs/Lie-admissible-formulations.html