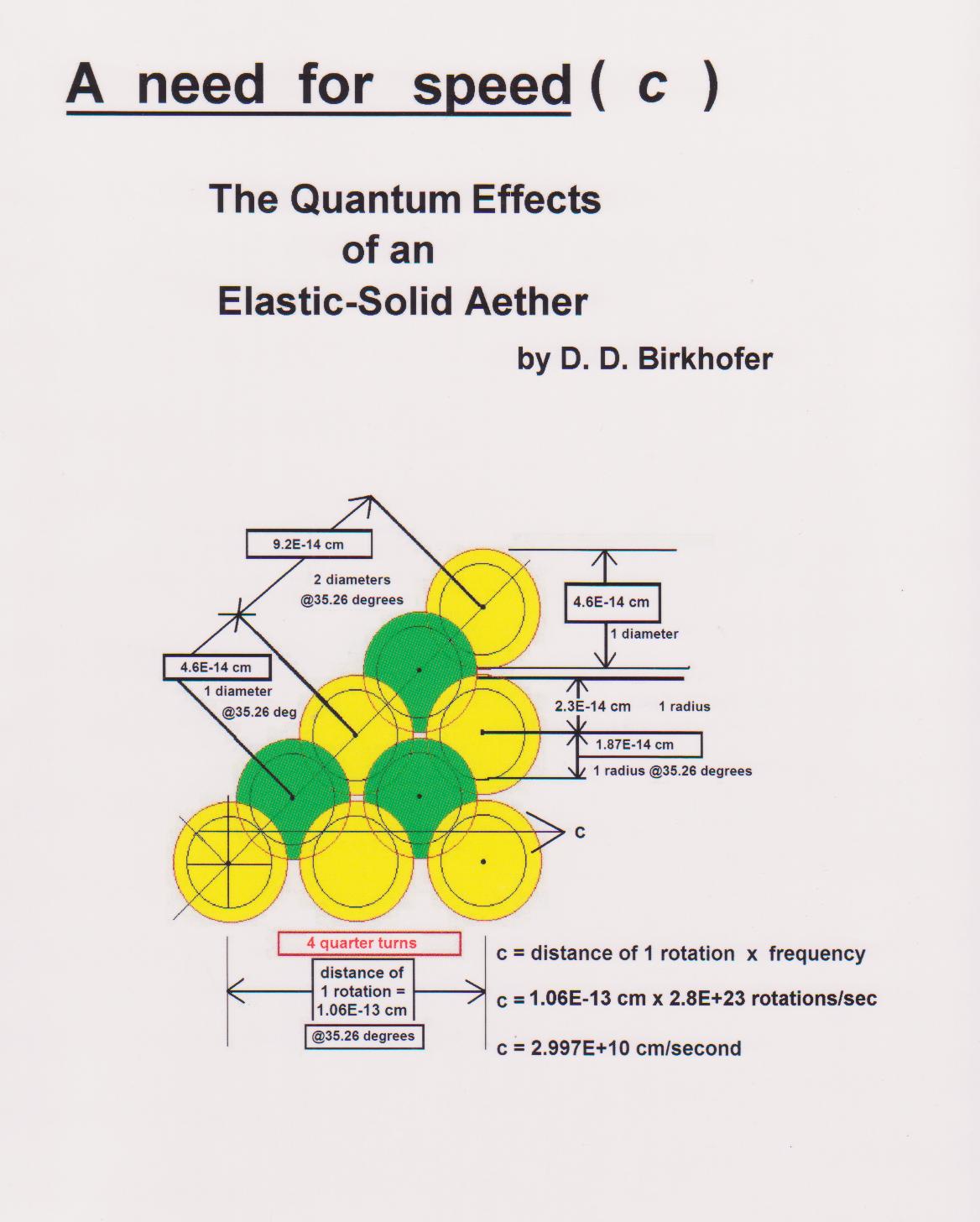 Using the speed of light as its foundation, a need for speed (A quantum aether theory - QAT) presents arguments to restore a medium, originally known as aether, to carry light energy as a wave. This concept was abandoned in the early 20th century mainly due to the influence of Albert Einstein, since the Special Theory of relativity did not require a medium for light and classical wave theory collapsed under quantum theory concerns. QAT goes beyond classical wave theory in order to incorporate quantum theory and explains the speed of light on a pure dynamics basis, reestablishing causation. While useful for some calculations, relativity and quantum probabilities appear to be misleading and incomplete concepts within the framework of QAT. Quantum aether makes it possible to explain gravity, mass, and, atomic structure under Newton\'s laws and mechanics. QAT does not support relativity, Big Bang theory or wave-particle dualism, each of which are discussed in separate sections.