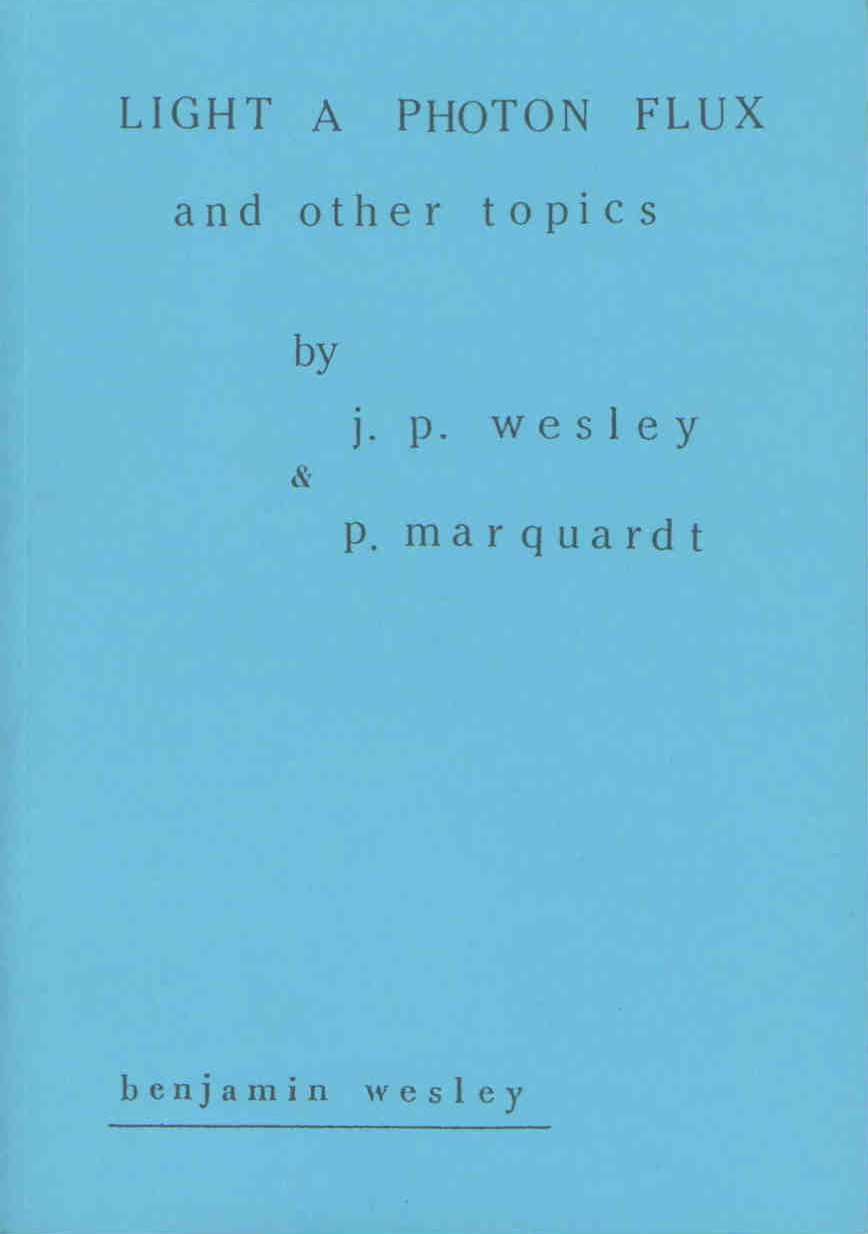 Light: a Photon Flux and Other Topics

Peter Marquardt
The wave-particle problem is resolved by the mathematical isomorphism between hydrodynamics and wave theory. Quantum particles, such as photons for light, yield waves when periodically arrayed with the de Broglie wavelength and translated. Wave equations, such as the Schroedinger equation, are satisfied. Quantum particles, moving along discrete trajectories as functions of time and initial conditions yield double pinhole interference and all other such typical wave behavior. Quantization arises when particles are forced into standing waves. The electrodynamic properties of light are due to electric dipole photons. Photons propagating with fixed time delays account for the behavior of light in absolute moving media.

Cosmology is based upon an infinite, perpetual, steady-state universe, uniform in the large. A flux of high entropy waste radiated off into deep space forces local entropy reducing processes, such as the condensation of low entropy stars from high entropy gas and dust, or the generation of low entropy life from a high entropy environment. Such ordering occurs only as a local fluctuation of the order of 109 years in time and light years in space. An ordered death as super-massive bodies is avoided when two collide allowing mass to escape from their gravitational traps to again create disorder in gas and dust.