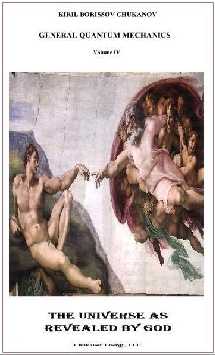 The Universe as Revealed by God (General Quantum Mechanics, Vol. 4)

Great theories never come to life in their final crystalline form. The first published variants of these theories are always imperfect, incomplete, contaminated by the viruses of human conservatism and fallacy. It takes years of additional hard work to heal them from their inborn defects. The same is now happening with General Quantum Mechanics ? the present variant of GQM is, I hope, the final variant of the GQM Cosmology.

Official scientists continue to work within the confines of officially accepted scientific dogmas and theories long after there is enough factual proof to disprove them. For example, now existing are a lot of experimental and observable facts against A. Einstein?s ?great? theories and his ?great? ideas (?Principle of Separation? and ?Unified Field Theory?). In the theoretical apparatus of the Physical Science, A. Einstein replaced philosophical and physical principles, governing the fundament of our world, by some very complicated mathematical tricks. Thus, he created the contemporary official Fundamental Physical Science; in fact he created ?Anti-Physical Science?. Or, as I call it - ?Mathephysics.? This officially ruling Mathematical Monster is killing and devouring all newborn theories which presume to contest its absolute power over Fundamental Physical Science. Mathephysics gave birth to dead-born children-theories and material formations such as: Theory of General Relativity, Big Bang theory, Inflation theory, String theories, Standard Model, contemporary Quantum Mechanics, ?Dark? matter, ?Dark? energy, MACHOs, WIMPS, axions, X-particles, gluons, gravitons, magnetic monopoles, ?False? vacuum, Higs-fields, and many others. These dead theories are not proven to be true and universal ? they don?t answer the question of what underlying basic principles determine the existence of considered fundamental phenomena. Exotic particles and other material formations predicted by these theories are also, never discovered. - From the Preface