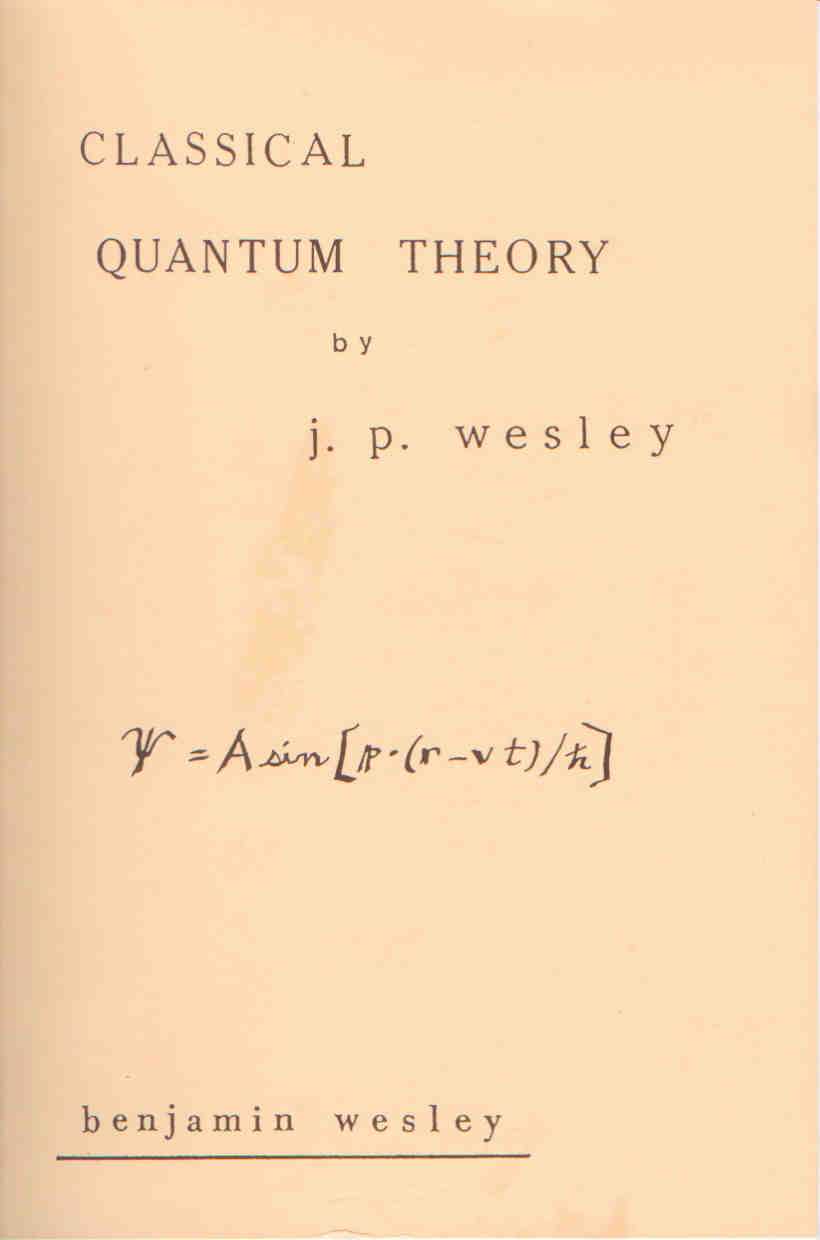 Paul Wesley
Classical Quantum Theory is based upon classical wave theory, where the motion of a point quantum particles is prescribed by the Poynting vector. Standing waves yield bound particle motion along closed paths with quantized constants of the motion. Quantum, or wave, behavior is an ensemble phenomenon. Interference requires many particles. Interference disappears for low enough intensity. Claims of observing single-particle self interference are not justified. The orthodox Copenhagen quantum mechanics is about to fail conceptually and experimentally in numerous ways. The "uncertainty principle" fails by many orders of magnitude to fit actual observations. The claim of Aspect et al of observing a violation of Bell?s inequality is fraudulent; unwanted data is discarded and an impossible 100% single-photon detection efficiency is assumed. Sources radiate as infrequent bursts of many photons lasting the coherence time, which explains low intensity interference, natural line widths, and the Brown-Twiss effect. Photons do not travel both down and back in the arms of Michelson?s interferometer; so no conclusions can be drawn about the energy velocity of light from the Michelson-Morley result. The observed oneway energy velocity of light depends upon the velocity of the observer. Neglecting the absolute velocity of the observer leads to imprecision in the US Global Positioning Satellite System, in the synchronization of clocks around the world, and in the value of c found in the tables. Hoek?s experiment shows that photons in a moving medium propagate with the velocity c between atoms and remain attached to the atoms for a fixed time delay; there is no ether drag. The Maxwell theory is a limited inadequate theory that fails many experimental tests. Weber electrodynamics is excellent in predicting slowly varying effects; but it fails for rapidly varying effects. An empirically correct electrodynamics valid for both slow and rapidly varying effects is derived by writing the Weber theory in terms of fields and introducing time retardation. The Aharonov-Bohm effect is shown to be due to the ordinary classical macroscopic electrodynamic force of motional induction, where the magnetic field can remain identically zero.