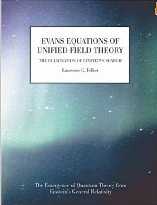 Myron W. Evans
Einstein was Right! Quantum Mechanics and General Relativity are the two main theories of physics that describe the universe in which we live. Attempts at combining them have been made since the 1920's with no success. Albert Einstein spent much of his later years searching for the key to unification. He never fully accepted quantum theory and maintained it was incomplete. Quantum theory has supplied answers to questions involving basic particles and electromagnetism. Relativity has explained gravity and the unity of space and time. However, the two have not, until Evans developed a new paradigm and the equations to prove it, been combined. Einstein showed that gravitation is the curving of spacetime, not an attractive force between masses. Evans has showed that electromagnetism is the spinning of spacetime. It is not a force superimposed upon the spacetime rather it is a property of spacetime itself. Using Cartan differential geometry, Evans describes Einstein's gravitation and quantum electromagnetics in the same equations. All the basic equations of physics emerge from General Relativity using Cartan's geometry.This book describes the basics of special relativity, quantum mechanics, general relativity, and the geometry used to describe them. Then it details the basics of Evans' discoveries and their implications. Laurence G. Felker is a controls engineer and has studied physics for his whole professional career. His previous published work has been in technical journals and this is his first physics book.