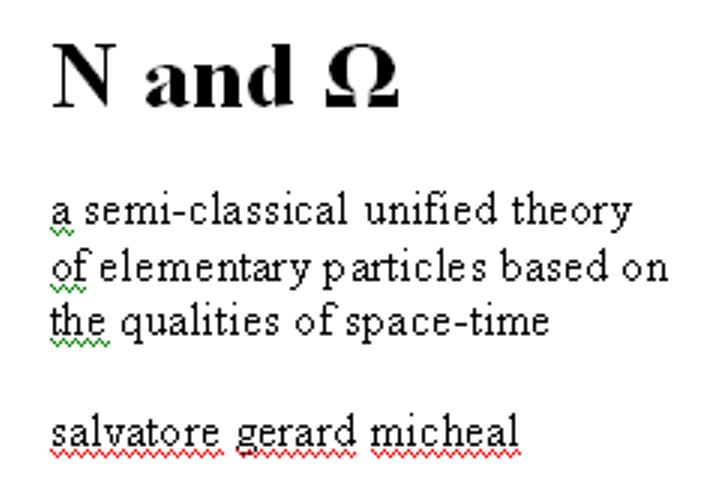 SG Micheal was formally educated in statistics, psychology, and systems science at Michigan State University. He also has graduate level education in nuclear, mechanical, and electrical engineering from various other institutions. He has written several books on physics and systems.

This theory has been developing for about twenty-five years in fits-and-starts. It has matured to a point in need ? to reach a broader audience. It is not sophisticated mathematically but based on an engineering perspective ? with elements rooted in established and accepted engineering principles.