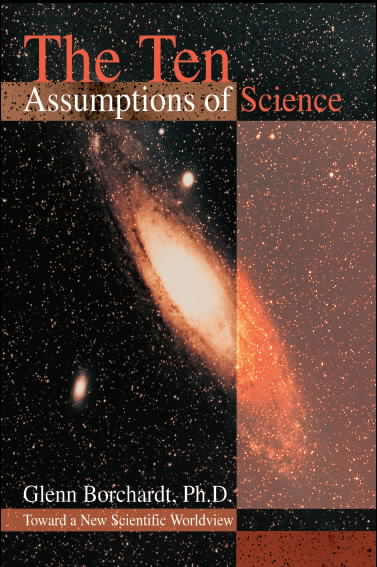 The Ten Assumptions of Science: Toward a New Scientific Worldview (Buy Now)

Glenn Borchardt
The Ten Assumptions of Science presents the logically coherent set of assumptions destined to define 21st century scientific philosophy. Glenn Borchardt first explains why assumptions and not absolutes are necessary for scientific thinking. By exploring the opposition between deterministic and indeterministic views, he clearly shows how critical choices among underlying assumptions either clarify or muddle scientific analysis.He shows how customary mixtures of deterministic and indeterministic assumptions are responsible for the current confusion in modern physics. According to Dr. Borchardt, only rare physicists and philosophers have an inkling of the nature of time, space, energy, and matter. The need for reassessing our fundamental assumptions is indicated by the present sorry state of cosmology. Otherwise intelligent scientists promulgate the idea that the universe expanded from a tiny "singularity" smaller than the period at the end of this sentence. At the very least, adherence to Borchardt's assumptions will contribute to the rejection of the "Big Bang Theory," which has surpassed the flat Earth theory as the greatest embarrassment to serious thinkers everywhere.