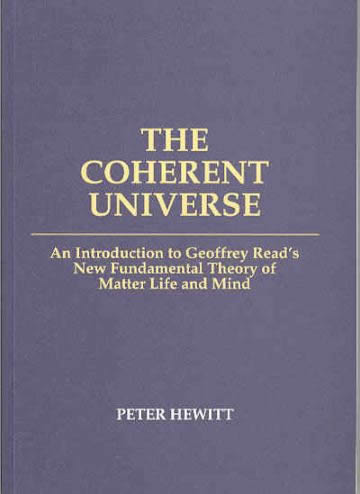 The most radical feature of the new theory is a new physics based on hidden variables. In the 20th century, the most celebrated proponent of hidden variable theory was the physicist David Bohm. Einstein, de Broglie, Dirac, and Schr?dinger were also convinced that a deterministic substratum underlies the merely probabilistic characterisation of reality to which orthodox quantum theory is restricted.

One implication of Geoffrey Read\'s new physics is that the past persists throughout Nature. This leads to a new biology grounded on a force, precisely relatable to physical forces, issuing from past experience. In this theory, brains do not contain memories but directly access the persisting past.

Read\'s theory also encompasses parapsychology, survival of death, and reincarnation. The Coherent Universe is essential reading for those interested in new world-views, and for those concerned with emergent holistic, ecological, and spiritual thinking. It will have special relevance for those interested in the metaphysical foundations of science, the brain/mind relationship, and the origins of consciousness. - Peter Hewitt

\" ... a most impressive intellectual achievement. Despite the comparatively short length of your work, you have managed to convince me that, in principle, it covers EVERYTHING. It is a GUTE - a GRAND UNIFIED THEORY of EVERYTHING\" - Professor Christopher Macann

\"Readers of Whitehead, Bergson, Bohm, and Sheldrake will warm to the project ... The Coherent Universe usefully might serve as a textbook for a variety of university courses ... should invite spirited discussion for years to come.\" - Professor Mark Woodhouse