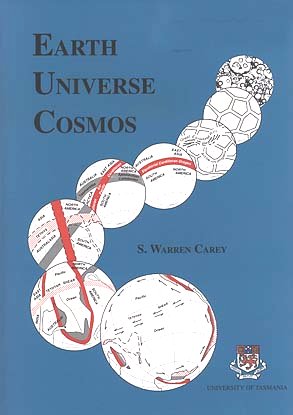 Samuel Warren Carey
Earth, Universe, Cosmos is a major new work by one of the world's great tectonicians. Each chapter makes departures from conventional theory. The origin of Banded Iron Formations is explained for the first time. A major revision of tectonics is necessary following Carey's explanation of orogenesis as non-compressed and vertical, driven by gravity.

Carey explains how the major features of the earth can be explained by a high rate of earth expansion. He concludes with a tour de force discussion of cosmology. This book is a "must read" for all cosmologists and earth and planetary scientists.