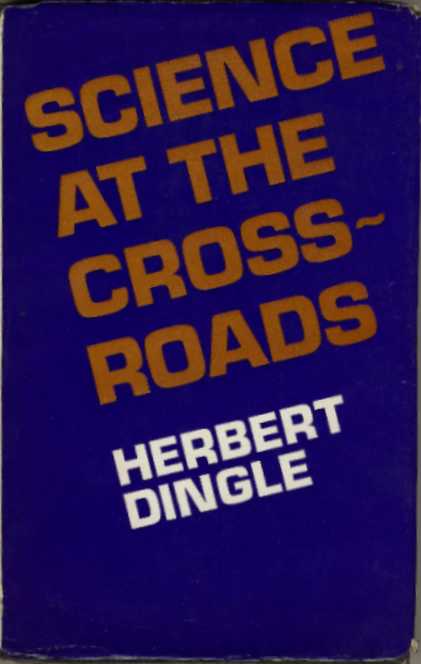 Science at the Crossroads

Professor Dingle's reputation in the world of science, in Britain and further afield, is considerable, as have been his achievements. It is therefore a matter of fundamental importance that after much of a lifetime subscribing to what is regarded as a central part of modern physics "Einstein's Special Theory of Relativity" a scientist of Professor Dingle's wisdom and experience should now cast grave doubt on it, and ask for basic reconsideration. He writes: "The habit has developed of assuming that a physical theory is necessarily sound if its mathematics is impeccable: the question of whether there is anything in nature corresponding to that impeccable mathematics is not regarded as a question; it is taken for granted."

Professor Dingle's views have become widely known through a series of extraordinary, sometimes bitter, correspondences in Nature and the Listener. In the latter, much of the argument centred on the matter of the now famous 'travelling clocks'. His technical argument is reserved for the second part of this book. The first part will cause shock and dismay to many, whether scientists or not. In his attempts over recent years to raise the basic question of Special Relativity's rightness or otherwise, the author has found himself obstructed and progressively disregarded by key figures in the world of scientific responsibility and information. He gives chapter and verse to this, and the whole story is damning to a discipline that has claimed so much. Professor Dingle issues a grave warning against the perils that exist to us all as a result of this indifference and lessening of scientific honesty.