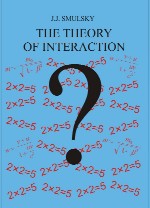 The Theory of Interaction (Buy Now)

Joseph J. Smulsky
In the monograph it is justified the calculation approach of electromagnetic and gravitational interactions of moving bodies, in which the space, time and mass do not depend on the movement. The main concepts of mechanics are analysed and determined. From the experimental laws the main electrodynamic equations are derived. Having solved them the force of interaction of two moving bodies is founded and the trajectories of their movement are obtained. The forces of action of the different form bodies are derived and the methods of account of the elementary particles accelerators are given. The applicability boundaries of the Theory of Relativity are considered and the light phenomena are represented at movement of the receiver and source. The interactions of two bodies at nearluminal velocities are investigated. The results of modern observations of superluminal movements are analysed, the methods of superluminal particles production are represented and the perspectives of their use at the unasteroidal defense of the Earth and for cosmic flights to stars are shown. The problems of the gravity velocity propagation, precession of the Mercury perihelion, the substance accretion and the Sun energy are considered. The problem of many bodies is represented and for special cases the accurate solution is obtained.


?For a long time still I spoke to some friends-physicists: attend and construct an electrodynamics, which based on the dependence on the force from the velocity of a charge ? And here, at last, I see fulfillment of this problem ? In verity of your way I practically do not doubt.\" 23.01.95. Prof. V.V. Cheshev, doctor of philosophic sciences.

\"?I want to mark an extreme simplicity and clearness of your idea, which now is not being meeting in the scientific publications. ? For the first time there is a good scientific work about the relativity theory and about the laws of electromagnetic interaction, it is your book\". 25.02.95 B.A. Bondarev, physicist.

\"Your book I read till 3-00 to night ? I was especially pleasant by the explanation of an invariance of mass, and I completely agree that the interaction of two charged particles depends on their relative velocity.\" 17.10.95 A. A. Dolgov, physicist.

\"In youth I have spent a lot of time trying to find a discrepancy at Einstein, as I could not accept the conclusions following from his theory. It seems to me by scientific speculation, with what I continue to consider it. Unfortunately, I could not to find such discrepancies, therefore I have left occupations by physics and have concentrated the efforts on engineering, in which all is kept on sanity of sense of a reality. It was possible for you. Your conclusions are not simply convincing, they inspire and give hope.\" 1.03.96. Prof. V.V. Bugrovsky, doctor of technical sciences.

\"... This is a monstrous crime before a science that \"the censorship\" does not pass works, in which the gravitation is investigated without application of Einstein?s hypotheses. For you it was necessary anew to discovery that at one time it was offered Heaviside, though you go in your book much further, than Heaviside.\" 04.06.96. Prof. Oleg D. Jefimenko.

\"Prof. Smulsky is arguably the most outspoken and distinguished opponent of Special Theory of Relativity; his contribution honours for Special. Rel. Let \". G.Walton, SRL - 1997.-V.1, N.3.-P.61.