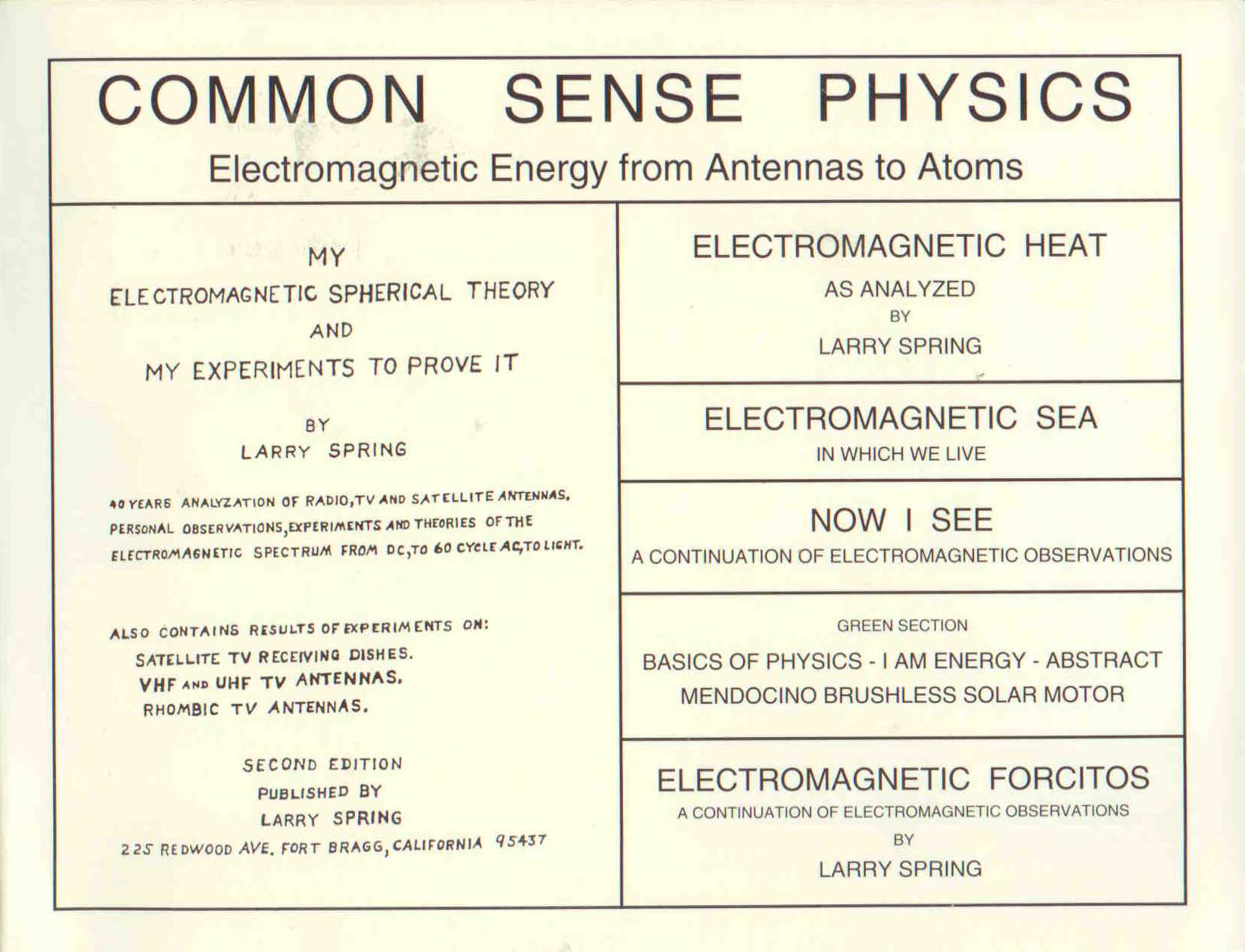 Common Sense Physics is the result of 50+ years of experimentation and observations of radio waves. Larry?s straightforward analysis is supported by personal observations and experiments?experiments easily reproducible by others. He establishes the concept of the magnetic sphere with his early experiments in which he determined electromagnetism is neither waves nor particle.

Larry Spring boldly examines the laws of physics, energy in space, magnets, monopoles and describes his atomic theory in detail. Later heat and its properties as an electromagnetic phenomena is examined. Logical physics, lines of force,and gravity are discussed. The concept of the eye?s retina as an antenna array introduced.

As an electrical engineer, I appreciate the ingenuity and practicality of this book which all physicists should study! Every EE student should have one amongst his textbook, as Larry physically demonstrates each of the laws and concepts that we studied theoretically in school. Seeing it is certainly easier than imagining it, and with Larry\'s method, you can readily see all of the principles fall into place.

Written and illustrated by Larry Spring, 11 by 8 ? inches, approx 500 pages.  Approx 700 out of 2500 editions left. A collection of Larry Spring\'s earlier self published books bound together in one volume.  This volume preserves the trail that led Larry to Magnespheres & the Spring Atom.