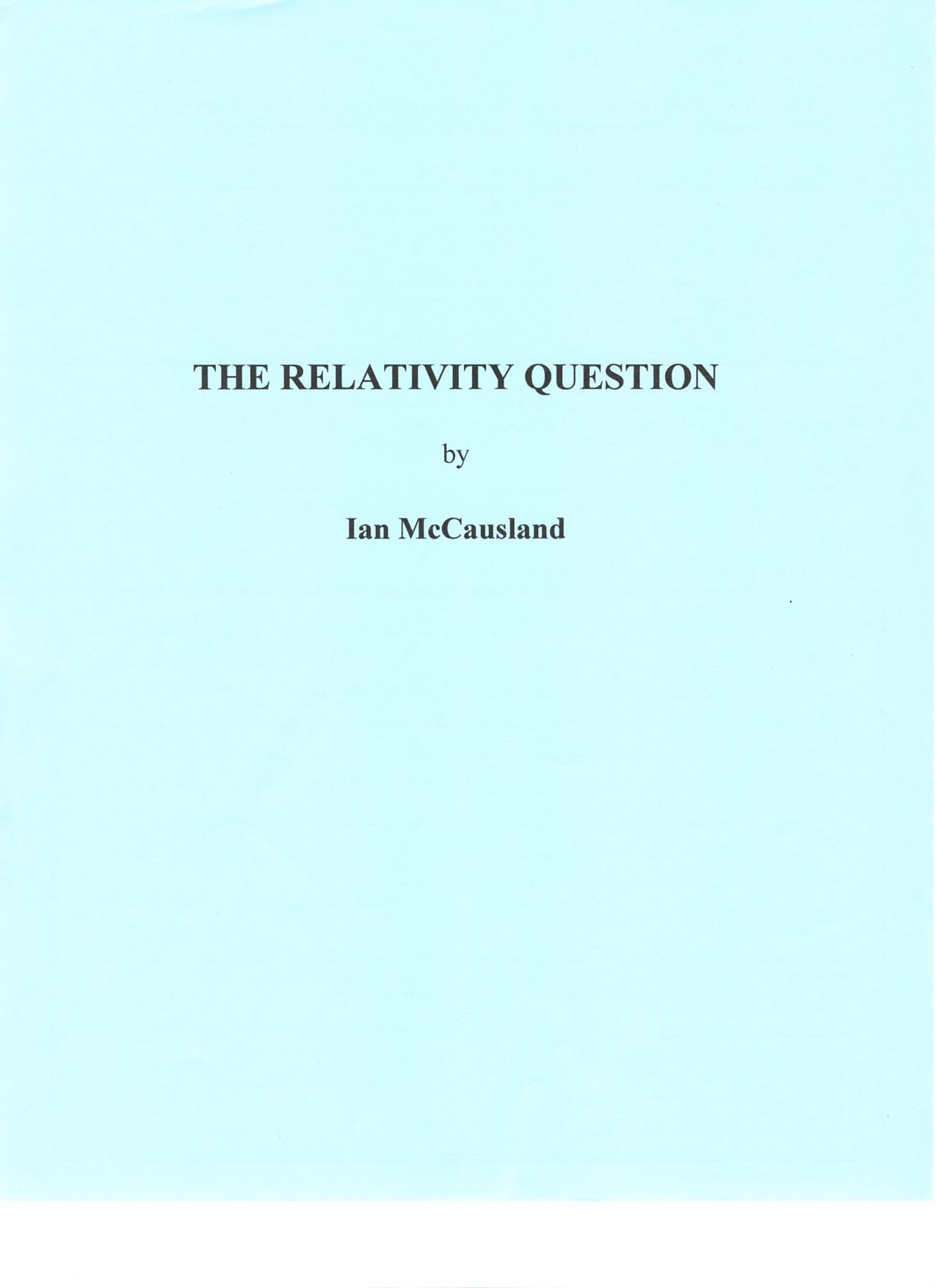 The Relativity Question can be regarded as a continuation of the story begun in Herbert Dingle's dissident classic, Science at the Crossroads (1972).  It may be "the only reasonably comprehensive account of Professor Dingle's crusade against special relativity, by anyone other than himself.  Even then, much of the story is told in Professor Dingle's own words, in the form of letters written by him to various people, copies of which he sent to [the author] in hopes that they would eventually be published.  There are also some letters written by [or with] a collaborator, Mr. Mark Haymon...  Replies to many of these letters are also included, and most of the correspondence is presented without detailed comment from [the author].  If the presentation of the correspondence seems somewhat one-sided, part of the reason is that some of those to whom letters were written... did not reply, and some of those who did reply would not give permission to publish their letters." - From the Preface

In addition to the correspondence, Dr. McCausland also presents criticisms of the theory of relativity itself.  He details logical flaws in the arguments of Dingle's adversaries that can be understood by scientists and non-scientists alike.  From their own words we can witness their case falter and ultimately fail.