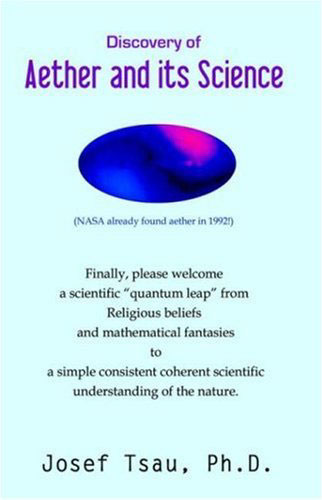 Discovery of Aether And Its Science (Buy Now)
KeyWords: aether

The author discovered that the atmosphere of neutrinos is the aether scientists have searched for centuries. He further discovered a brand new physics of both universal phenomena and cosmology, which is the subject of this book. However, the no-aether theory (of relativity) of Einsteins-based modern physics and modern cosmology have been the only officially accepted science over the past century. The two sciences however contradict to each other and one of them must be wrong.

The new aether science given in this book therefore has joined the Galileo physics of mechanics to become the fundamental nature science for all.