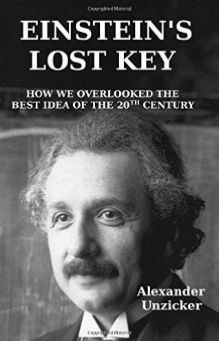 One hundred years after the completion of the General Theory of Relativity, conferences, meetings, and celebrations are taking place all around the world. Yet a decisive consideration on the subject by Albert Einstein has completely fallen into oblivion. Already in 1911, he held the key to an even greater discovery in his hands: a theory concerning the variable speed of light that would have explained the origin of gravity by referring to distant masses in the universe. Eventually, the consequences for modern cosmology would be revolutionary: the picture of an expanding universe and the Big Bang would need to be revised. Sadly, Einstein\'s ingenious idea came twenty years too early. For it took until the 1930s before the true size of the universe was revealed, which would have confirmed his formula about the variable speed of light. Due to a series of accidents, the theory remained practically unknown, although the Nobelists Erwin Schrödinger and Paul Dirac had worked on similar ideas. Einstein\'s Lost Key is a description of relativity comprehensible for lay people, a vividly exposed history of science, and a serious, though controversial input for modern research. Dr. Alexander Unzicker is a German physicist and award-winning science writer. His books Bankrupting Physics and The Higgs Fake have generated controversy in the physics community. With Einstein’s Lost Key, Unzicker gives an account of his long-lasting pursuit of Einstein\'s ideas.

KIRKUS REVIEWS: ...the author’s ideas are engaging and he presents them well. [...] turns into a screed against the scientific establishment.