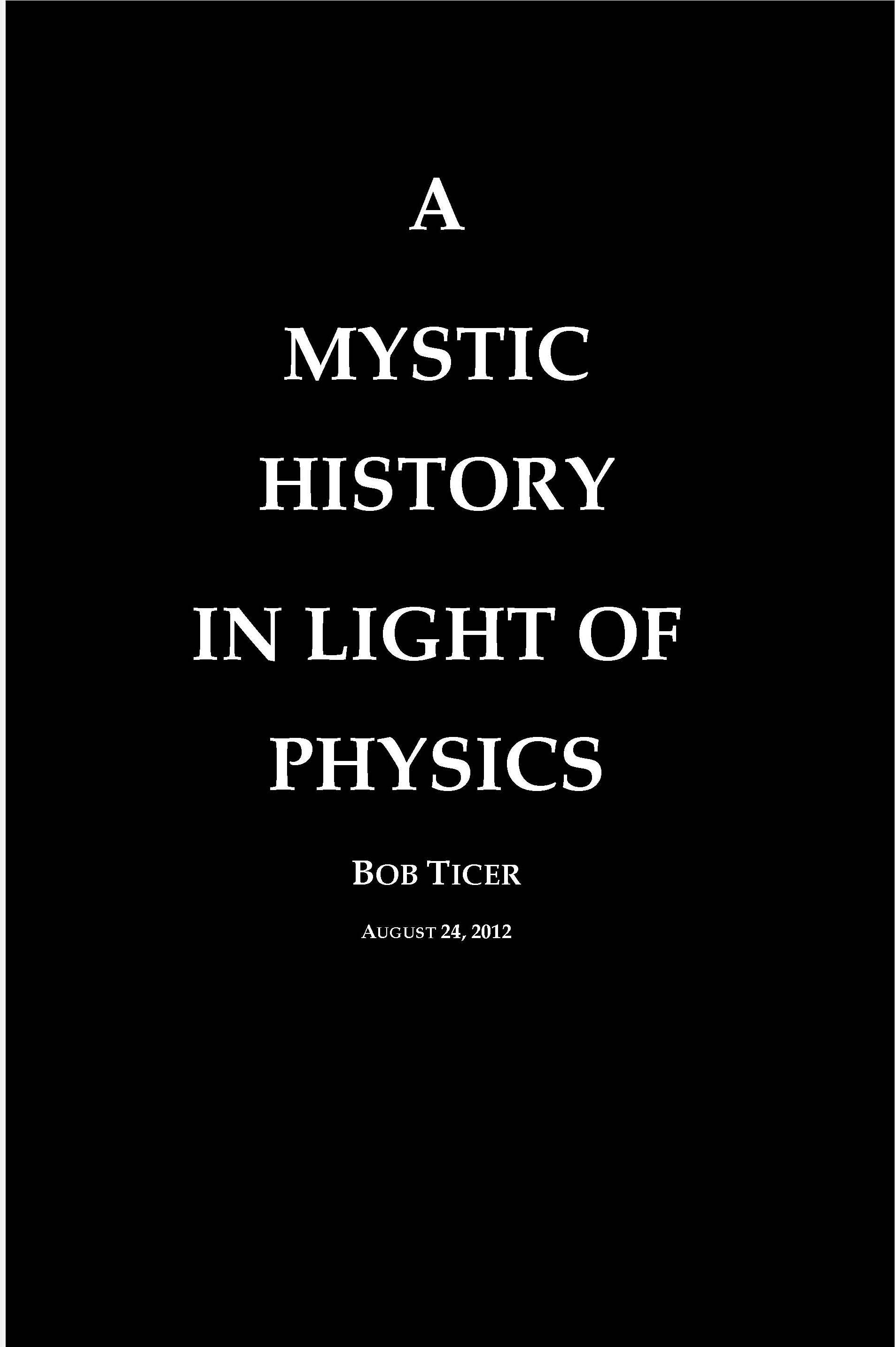 A Mystic History in Light of Physics

Bob Ticer
... Physicists have said a supercomputer is needed to solve Einstein?s general field equations, but computer programming is based on a binary code, a simple two number system. It is thus possible to relate Einstein?s general field equations to a step by step process for it to be more easily comprehended, but the steps in this case is numerous enough to fill volumes of books.

The math allows us to accurately describe specific aspects of nature. The math complexity also simplifies the task for experts in the field, but it is not needed for a fundamental understanding of theory.

A fundamental understanding of theory can also be undertaken in accordance with its history as a step by step progression providing a convenient reference to which everyone can relate. However, the history of physics has a mystical side to it. For instance, in view of Aristotelian physics this mystical element included light as the means from which the divine source of all creation supplied the material world with motion and energy. Nowadays relativity of space and time, and of mass and energy, is now described according to how light moves and interacts with matter. Moreover, the whole universe is now assumed to be finite whereby all of its enormous matter and energy expanded, and still expands, from a singularity, a space so tiny that it cannot be defined. Adding to this theory are concepts of dark matter, dark energy, black holes, worm holes, other dimensions, other universes and so forth.

The expanding universe cosmology struggled for a decade or more to become accepted by the majority of mainstream physicists. This difficulty of acceptance is typical of a new theory attempting to overcome the dogmatic view of the establishment. Copernicus, for instance, struggled to establish the heliocentric theory of Earth and the other planets in the solar system, as the Aristotelian doctrine of Earth at rest in the center of the universe had become the official position of the Catholic Church for its interpretation of reality.

Big bang theory of an expanding universe is now part of the establishment, but throughout history the establishment has been revolutionized by new theory for its ability to better explain new discoveries. It also is questionable whether big bang theory will remain in the distant future as established as it is now. It does have a determined challenge of an ?electric universe? theory explaining the cause of light distortion as due to its encounter with the existence of a plasmatic state of matter in intergalactic space instead of as due to an expansion between galaxies.

The electric universe and expanding universe are both theories with historical origins. Even though the expanding universe theory is now the more popular of the two, in time it could possibly be superseded by the other one. As to whether such speculation of dark energy and worm holes are retained as part of an all embracing new theory or are eventually regarded as having a mystical outlook could very well depend on a general step by step interpretation of the history of theory.