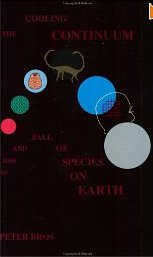 Science ignores the fact that the Earth is made up of vast tracks of different elements and that each of those elements has a potential difference with respect to the other elements. Given over to a scientific method that deals only with facts and has no control over the concepts needed to explain those facts, particularly the hidden forces that cause planets to rotate, science ignores the effect of the planet\'s rotation on the potential differences of these elements, potential differences which change with temperature as the planet alternates between night and day, establishing current flows within the Earth that constantly move back and forth, the little known, even less studied and never discussed telluric currents.

Unaware of reality, empirical science creates unfounded and nonprovable conclusions dealing with the source of life, an evolution that has no basis in fact. In response, religion fights back with creationism while a midpoint is attempted using arguments of design.

The Cooling Continuum uses scientifically proven facts to show how life formed. Once life forms, however, empirical science has no explanation for how species evolve. Ignoring the reality that the force that causes objects to drop is a dynamic force, empirical science claims it is a mere property of matter, the very antithesis of a force, something like color or hardness, something that just exists, when there are only two things that behave alike in the universe, gravity, which diminishes inversely with the square of the distance from its source, and the electromagnetic emissions from cooling bodies such as the Earth or the sun, which also diminish inversely with the square of their distance from the source. With cooling a dynamic source of energy, empirical science ignores what effect cooling might have on the evolution of life of Earth and other planets, how it might well be the cause for the rise and fall of species on Earth as a hotter Earth produced a stronger field of gravity in which larger bones and muscles were needed to move, explaining the size and mobility of the dinosaurs, while today\'s cooler Earth supports the smaller mammals that now rule it.

The Cooling Continuum: The Rise and Fall of Species on Earth, follows the one-way street of evolution as life forms on the hot planet and evolves to meet the changing conditions of temperature and gravity as the planet cools off, and projects what will happen to that life if it doesn\'t wake up and sniff reality, learn to deal with the facts of the universe, the cause of force and motion, rather than follow mathematically flawed and baseless concepts to the point that the Earth\'s cooling, no longer able to sustain life, leaves its surface as barren as the moon, and the unique life that formed on the Earth a trace at first, then nothing more.