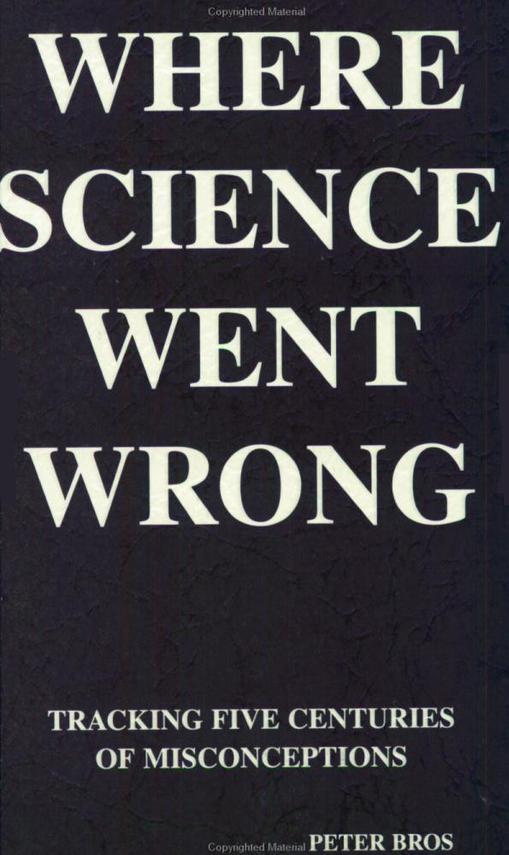 Peter K. Bros
Empirical Science validates itself by claiming its assertions are based on measurements of physical reality. However, none of its claims has any basis in physical reality. There is no physical evidence that gravity is proportional to, and therefore a property of mass. There is no way to prove that an object will move in a straight line unless a force acts on it to change that motion and, in fact, nothing moves in straight lines. The historic swirling mass of gas claimed to impart its motion to matter in the solar system and therefore account for the rotation and orbiting of planets is just an ad hoc fantasy that fails to explain any of the chaotic movement that is the solar system, and the off-the-wall assertion that chaos provides the solar system with the stability it needs if it were formed out of a swirling mass of gas is as nonsensical as the unfounded belief that particles that repel each other hold matter together. Even the measurable facts Empirical Science claims as validation are opposed by measurements in physical reality. Light, which can be physically measured to diminish out of existence with distance on Earth travels forever in space so that we can see stars at the end of the universe and the beginning of time. Objects, which come to rest with respect to the forces acting upon them on Earth are claimed to move without current force in space. Energy is always consumed on Earth but gravity, which forces objects to come to rest on the surface of the Earth, is not used up when it bends the straight-line motion of the planets into circular motion. Momentum, which is always overcome by gravity on Earth is not affected by gravity in space allowing planets in space to be bent into perpetual circular orbits. In putting numbers to things, Empirical Science can only approximate the stars in galaxies and the atoms in matter in the billions, but can tell with precise accuracy the number of electrons orbiting the nuclei of the atom of any element. It uses parallax measurements to determine interstellar distances when the errors that have to be taken into consideration to compute the measurements exceed the measurements themselves.

Where did science go wrong?

Where did it go right!